skip to main | skip to sidebar

Rotary is involved in many humanitarian projects world-wide.
Our motto is "Service Above Self” 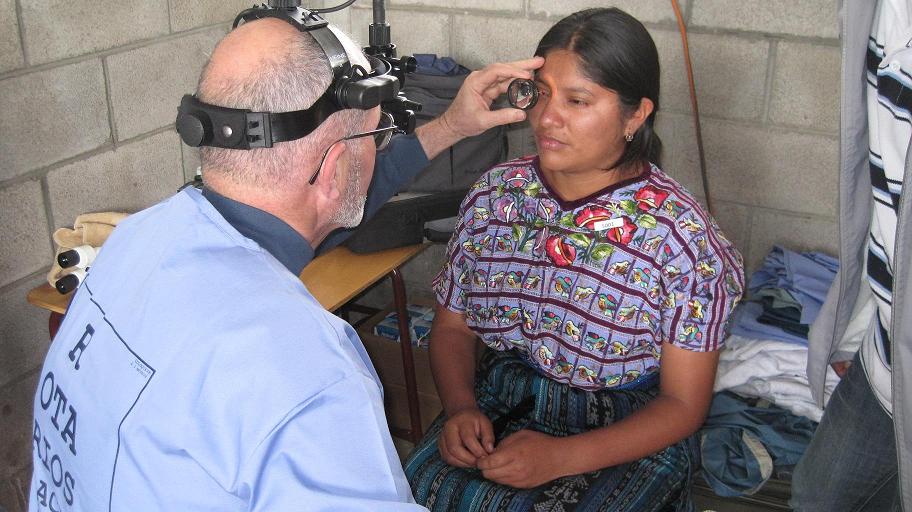 "We would like to thank all of our friends, families and other members of our community for their generous support in donating glasses, knitted booties, medical equipment and other supplies towards our mission. Your kindness is most appreciated"

Check Out Today's Weather in Xela - click the link below 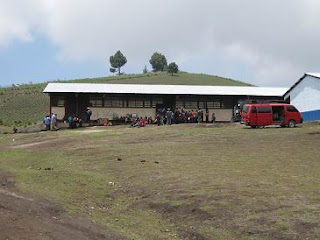 Today was a good day, we saw more than 80 patients and got through about 3:30 which was in time to get back to Al Refugio before 5:00 p.m. Our hopes were up that the chocolate store on the premises would be open so we could have a treat of some hot chocolate but no luck it was closed. 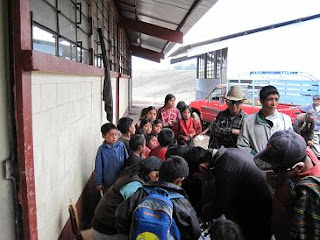 This is the registration desk which we keep outside of the clinic room to reduce congestion and confusion. The door way is always crowded as there are lots of on-lookers taking peeks at what is going on inside. 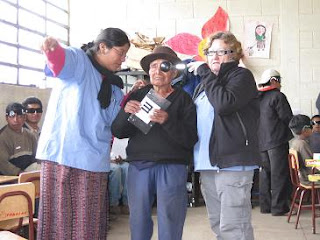 This 81 year old gentleman shook the hands of the volunteers as he went through the clinic and gave us a blessing of some sort. I'm not sure if he was a cleric or not. 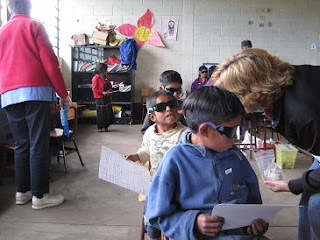 There were lots of children through today and most were in pretty good shape although most could have used a good bath. Some of their hands and faces were quite dirty although it seemed that the ones with scabbies were some of the cleanest ones. We do hand out soap to each family along with the tooth brushes and paste. We hope that the bit of training they receive at the clinic will be enough to make good and proper use of these supplies. 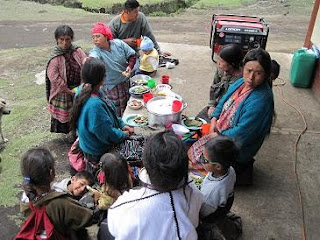 We had our normal sandwiches for lunch on the run while others set up a more traditional lunch out side for themselves. 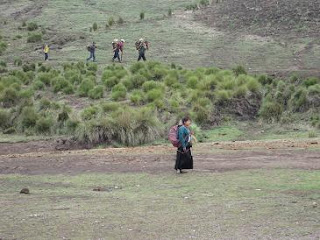 Notice the load that this women in the foreground and the men in the background are carrying. It is common to see people walking on the roads, through the fields or up in the hills with heavy loads on their backs. 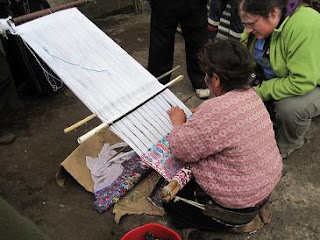 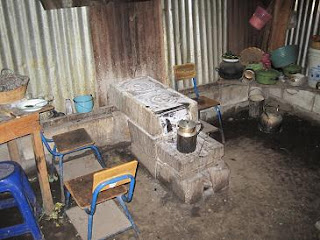 As the clinic was winding down some of us went up to the village to see this woman weaving on her back-strap loom. The detail in her work was incredible and it gave us an appreciation for the time and skill that it takes to produce the many beautiful fabrics that we saw on people in the clinic. Most of this work is for their own use we were told.

When I asked whether they had cooking stoves we were shown this stove and they commented that it wasn't large enough for large families which I suspect is the norm. While this didn't have the large plancha that the stoves that I have seen and built with the Guatemala Stove Project I was relieved to see a chimney to direct the smoke to the outside. 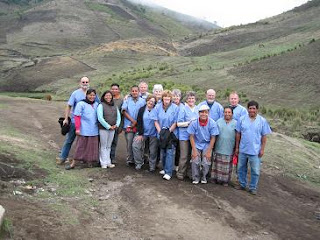 Last thing we did before we left for home was to take a team picture with the volunteers (Rotarians, friends of Rotary and Megile who is from Panimaguim and stayed with us all week), translators, Clara and Ushime and our drivers.The only person missing was Chris Hale who stayed back at Al Refugio today to recover from a cold.

Tomorrow is our last day at this village and the last day of the clinic. We are told that there is going to be a surprise in the afternoon and we're to wear something nice. That's a bit of a challenge given our working conditions and the limited wardrobes that we have.

Mon Apr 12 Drive to Xela, possible stop at villages on way and setup